« Inexorably, the white boat is sailing away, shining against black swells as a light vessel cleaving the shadow. A precious piece of jewellery crowning the dark ink waves.
My throat burns, itching from too much sobbing. Where I come from, we never cry, we never scream either. I learned the taste of tears with the taste of life in just a few days.
We can still see their figures standing up on the boat. They keep waving at me. Two young fools, almost grown-up but yet filled to the rim with childhood spirit. Hair glowing in the sunset light, they draw away, so tiny now against the skyline.
As we keep drifting apart, I remember them as they first sailed toward me. I close my eyes so as to taste again that incredible feeling, immoderate hope for a saviour coming at my rescue, rushing to take me off the deathly ocean and escort me back to the Fortress. »

State of progress: Written and waiting for its hour.

Pitch: Three lonely characters meet on an endless ocean where they will learn to know each other. Dealing with an unstable and cruel world, they will set off together in the pursuit of a legendary island, the House of Saapia.

Synopsis: There are no more continents, no more solid ground. Water and sky still coexist in a fluctuating world with endless perspectives. The last humans survive on airship and raft-cities, subjected to the will of winds and waves. The tales of the Wise Lords are the only reminder of the past. Because Ladies and Lords carry the memory of the Time Before, they are the chosen ones of this drifting world.

Regard is a Wise Lord and quite an ambitious one. Amazing storyteller, he will definitely write the ultimate tale, the one that will forge the new world to come. He has no doubt about his destiny. But the will of humans weighs nothing when unpredictable currents are at play. The storm rises and his boat is blown away by strong winds and dark waves.

Isolated in the middle of the ocean, angry and powerless, Regard is waiting for death. Yet, the currents change their course, allowing him the most unexpected encounter: a raft steered by two children who ran away to chase a legendary island – the last solid land still emerged.

Crazy dream, irrational hope? Well, maybe, but if he wants to live, Regard has to find a way to accommodate to his fellow travellers. To his greatest dismay, Reine and Venise are determined to tell him their stories, at the risk of destroying everything the Wise Lord knows, at the risk of erasing his destiny. 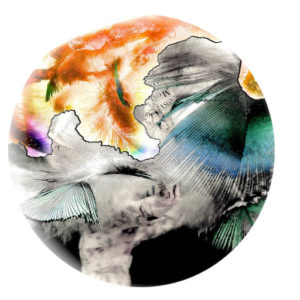 « There is a sunrise and a sunset every day and you can choose to be there for it. You can put yourself in the way of beauty »

Find me on the web